More
HomeNewsHow Climate Change Will Shift the Farming Landscape for Coffee, Cashews and...

How Climate Change Will Shift the Farming Landscape for Coffee, Cashews and Avocados 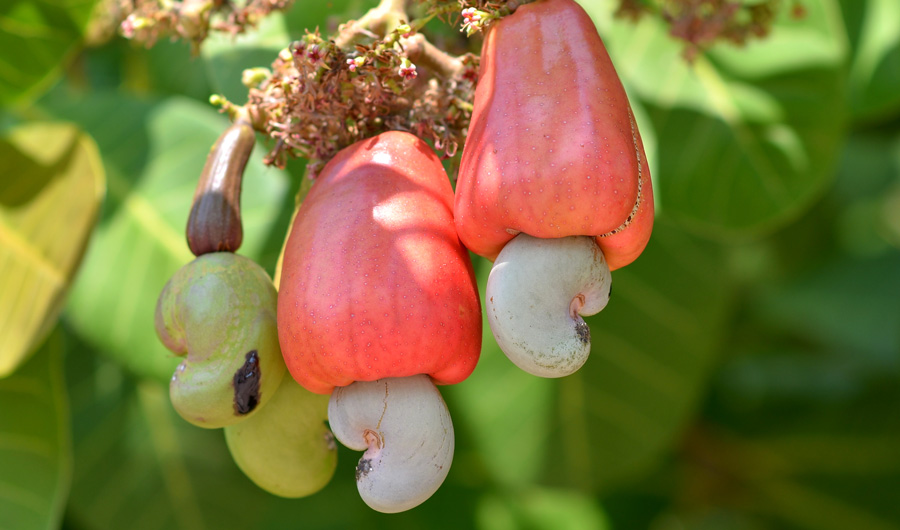 Cashews are seeds that grow on the outside of the cashew tree’s fruit.

(Inside Science) — Some countries that grow coffee, cashews and avocados will see the amount of land best suited to these crops shrink because of climate change, highlighting the need to plan adaptations now, according to new work published today in the journal PLOS One.

The crops we eat depend on a variety of soil and climate conditions to grow, and climate change is expected to affect both temperature and rainfall in many areas around the world. Previous research has looked at how crops would be affected by these changes, and the findings spell trouble for some crops, including coffee.

To find out where the best growing conditions for coffee, cashews and avocados are today, environmental systems scientist Roman Grüter and his colleagues combined information about what conditions these crops prefer with maps of current climate data and different soil or land types. Then, by incorporating climate models, they predicted where conditions would improve and where they would decline. The final maps were precise enough that Grüter, affiliated with the Zurich University of Applied Sciences and an author of the new study, could zoom in to less than a square kilometer in resolution.

As earlier studies had suggested, the researchers found that the global area suitable for producing coffee will decrease. The new study was the first to look at cashews and avocados on a global scale, and it found that the areas suited to growing cashews may actually increase, while avocados are predicted to lose much of their best-suited land but may see an increase in areas of moderate suitability.

Beyond the global picture, however, Grüter’s maps show how individual countries or areas — and the farmers who live there — may be affected. For example, Brazil may gain farmland well-suited for cashews while Venezuela may lose it. Meanwhile, most of the coffee-growing areas in Vietnam may decline in suitability, while China may see increases. Even within a country’s borders, there may be shifts, including changes in the areas of Mexico best suited to avocados.

The crops in the study are important sources of income for farmers around the world, especially farmers with less than five acres of land. Many people may see their personal farms and livelihoods affected. Planning for how to adapt should start now, said Grüter. For instance, countries could try to help smallholder farmers by breeding or planting new varieties adapted for higher temperatures or drought.

“I think it’s important to invest not only in modeling, but also now really invest in adaptation strategies,” said Grüter. He said he also thinks countries should include the affected farmers in decision-making. “Take the farmers on board from the beginning,” he said.

James Gaines (@the_jmgaines) is a freelance science journalist in Seattle, Washington. His work has appeared in outlets such as Nature, LiveScience, GOOD, Upworthy, and Atlas Obscura. He once had an alligator snapping turtle as a pet for about two hours.